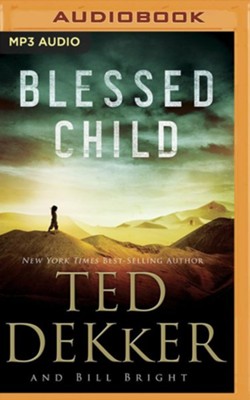 “Whoever said a straightened hand was more dramatic than a healed heart anyway?”

A young orphaned boy was abandoned and raised in an Ethiopian monastery. He has never seen outside its walls—at least, not the way most people see. Now he must flee or die.

But the world beyond is hardly ready for a boy like Caleb. When relief expert Jason Marker agrees to rescue Caleb from the monastery, he unwittingly opens humanity’s doors to an incredible journey filled with political intrigue and peril. Jason and Leiah—the French-Canadian nurse who escapes the monastery with him—quickly realize Caleb’s supernatural power to heal. But so do the boy’s enemies, who will stop at nothing to destroy him. Jason and Leiah fight for Caleb’s survival while the world erupts in debate over the source of the boy’s power.

In the end nothing can prepare them for what they discover.

▼▲
Ted Dekker is the New York Times bestselling author of more than 25 novels. He is known for stories that combine adrenaline-laced plots with incredible confrontations between good and evil. He lives in Texas with his wife and children. Bill Bright passed away in 2003, but his legacy endures through his family and ministry. He was best known as the founder of Campus Crusade for Christ, which now has staff and volunteers in 196 countries across the globe.

▼▲
I'm the author/artist and I want to review Blessed Child, Unabridged Audiobook on MP3-CD.
Back
×