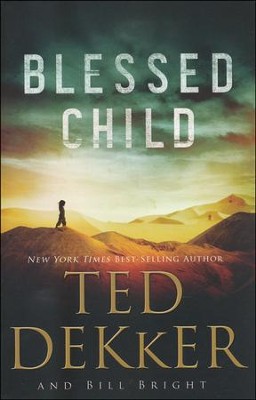 ▼▲
* When famine relief expert Jason Marker agrees to harbor an Ethiopian orphan, he becomes entangled in a web of global intrigue and spiritual phenomena! As he and Leiah, a nurse, witness Caleb's miraculous power, they realize that this child could ignite international revolution---which explains why so many dangerous people suddenly become interested. 368 pages, softcover from Nelson.

One orphaned boy. A desperate race to keep him alive. And powers that are beyond comprehension.

"Whoever said a straightened hand was more dramatic than a healed heart anyway?"

A young orphaned boy was abandoned and raised in an Ethiopian monastery. He has never seen outside its walls—at least, not the way most people see. Now he must flee or die.

But the world beyond is hardly ready for a boy like Caleb.

When relief expert Jason Marker agrees to rescue Caleb from the monastery, he unwittingly opens humanity’s doors to an incredible journey filled with political intrigue and peril. Jason and Leiah—the French-Canadian nurse who escapes the monastery with him—quickly realize Caleb’s supernatural power to heal. But so do the boy’s enemies, who will stop at nothing to destroy him. Jason and Leiah fight for Caleb’s survival while the world erupts in debate over the source of the boy’s power.

In the end nothing can prepare them for what they discover.

Prior to his death in 2003, Dr. Bill Bright put into book form what he regarded as the 10 most vital principles every Christian should know and live by. The result is The Joy of Knowing God, a "simply powerful" 10-book series of Bright's most dynamic messages on successful Christian living.

▼▲
I'm the author/artist and I want to review Blessed Child, Caleb Books Series #1 (rpkgd).
Back
Back