Skip to main content
Blessed by the Best
By: Larry D. Harris
Stock No: WW2153810 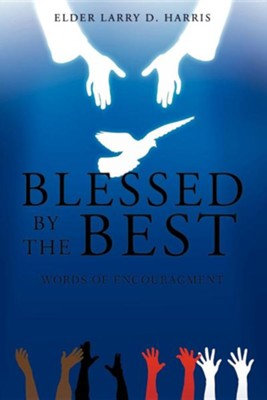 Blessed by the Best

▼▲
The poetic verses in this book express some of my beliefs on how faith in God can turn things around when dealing with life's ups and downs. I have shared these verses with many in the course of my duties as a spiritual counselor. I use many of them on a daily basis to remind people about the power of God and his word. Although they are original verses, they are spiritually inclined, inspired by the Bible. They are designed to provide courage and strength as we encounter life's trial and tribulations. This book is the result of the encouragement and inspiration he has received to publish his works.Elder Larry D. Harris was born in Matthews County, VA and at an early age moved to Gloucester County, VA where he attended public school. He obtained his GED at Atterbury Job Corp. in Edinburgh, IN. and then went to Brooklyn, NY to attend Erasmus School for the Gifted. While in New York City he performed with local bands such as Crown Heights Affair. Although he became a professional performing artist, he served in the Marine Corp., moonlighting as a commercial artist, singer and fashion designer. During college in Newport News, VA, he presented portraits to renowned individuals such as: John F. Kennedy; Jimmy Carter; Diana Ross; Lyndon B. Johnson; the Isley Brothers; Aretha Franklin; Mohammad Ali; Bishop S. Green and Elvis Presley. Ordained as Elder Larry D. Harris in June 1997, he founded Warpath Ministries, a telephone ministry, providing spiritual counseling; spreading the Word of God nationwide.

▼▲
I'm the author/artist and I want to review Blessed by the Best.
Back