We are OPEN and SHIPPING - click here for shipping estimates
PRE-SUMMER CYBER SALE EXTENDED thru 6/1 ~ Over 2,500 items up to 90% off
The Blessed Blade: Wielders Saga: Book 1 - eBook
By: Jason Gallaway 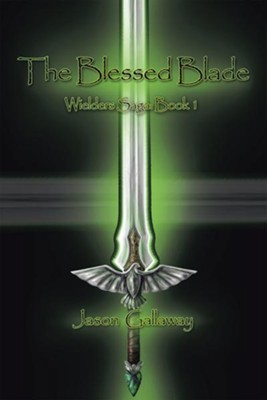 Jeremiah hasn't spoken to his family in years. When he hears that his father has been killed and that his younger brother is in a coma, his rage drives him to discover why someone would do something so atrocious.

He returns home to be with his grieving mother and hopes to discover the truth of why his family has been tormented. During his investigation, he comes across a sword left here on Earth by an angel, called a Blessed Blade, and intends to use it to avenge his father's death.

But this is no ordinary weapon. The sword speaks to him, telling him about God's grace and that one should forgive his enemies and not seek retribution. In the end, Jeremiah discovers the individuals who killed his father and comes to a crossroads of humanity and faith. Will he choose revenge or redemption?

▼▲
I'm the author/artist and I want to review The Blessed Blade: Wielders Saga: Book 1 - eBook.
Back
×
Back
×