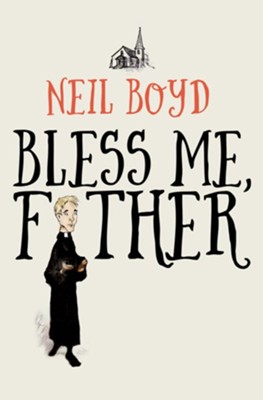 ▼▲
The inspiration for the hit London Weekend Television series of the same name, this is one confessional you’ll want to make a point of visiting

Young Neil Boyd has just finished divinity school and has been newly ordained as a priest. His first post? St. Jude’s parish, a corner of London with a raucous congregation full of Irish immigrants. The flock is an odd pairing with the gentle Father Boyd, but he just might be both mad enough and tender enough to get through to them.

Later adapted into a beloved British sitcom, Bless Me, Father is a humorous and sweet-natured look at Catholicism in the 1950s. Joining Boyd is the cantankerous, scheming, and brilliant Father Duddleswell, a man who is willing to do anything to make sure the Lord’s will be done, and Mrs. Pring, the sharp-tongued housekeeper who both coddles and cajoles her priestly family of two. If the church needs money, Duddleswell will place a bet to get it. If a Catholic wants to marry a Protestant . . . well, maybe he won’t go that far.

Father Neil’s adventures with his parishioners are sure to delight readers of all creeds.

▼▲
Neil Boyd is a pseudonym of Peter de Rosa. After attending Saint Ignatius’ College, de Rosa was ordained as a Catholic priest and went on to become dean of theology at Corpus Christi College in London. In 1970 de Rosa left the priesthood and began working in London as a staff producer for the BBC. In 1978 he became a full-time writer, publishing the acclaimed Bless Me, Father, which was subsequently turned into a television series. De Rosa went on to write several more successful novels in the Bless Me, Father series. He lives in Bournemouth, England.

▼▲
"Clerical shenanigans for the reader who likes his heavenly instruction with a few grains of worldly salt." —Kirkus Reviews

"Neil Boyd finds himself the creator of one of the major comic characters of the decade, the irascible but lovable old Irish priest, Father Duddleswell." —Daily Express