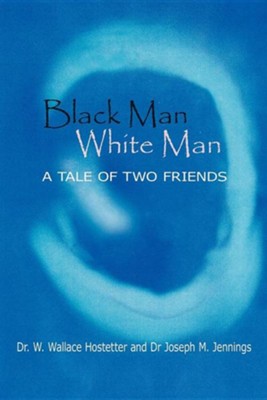 ▼▲
A gangster and an undercover cop. A Midwesterner and a Southerner. Two men from different walks of life, both raised to be prejudiced toward the other's race. That's the story of Joseph and Wallace. It is an unlikely relationship because of the radical differences between them. Joseph is Black. Wallace is White. They met twenty years ago in a hotel hot tub and began a relationship that has developed into a deep friendship. Both men overcame their racial prejudices and joined together in ministry. They learned to invest in each other and take the risks necessary to learn each other's story. Their combined story reflects their cultures and is the basis for the book. Many readers will identify with their lives. There is an openness between Joseph and Wallace. Neither man compromises who he is in order to be a confidant to the other. The influence of Joseph's dad was very important in his life while Wallace was raised without a father in the home. Each of these men has significant statements to make concerning the influence of a father in a child's life. This underlying theme sets the stage for the merging of two unlikely men into a godly friendship. Now, serving together, they speak in the United States and Africa to adults and youth about the choices that life offers. The common factor they have shared from the beginning of their relationship is their individual commitment of faith in Jesus Christ. They both know that God designed their lives and brought them together. What they have overcome here will last with them throughout eternity.

▼▲
I'm the author/artist and I want to review Black Man-White Man: The Tale of Two Friends.
Back
×