BIG SUMMER BLOWOUT: 3 Days Only! Save up to 90% thru Wednesday. Shop now >
Black Scorpion
By: Sherry Taylor Moore 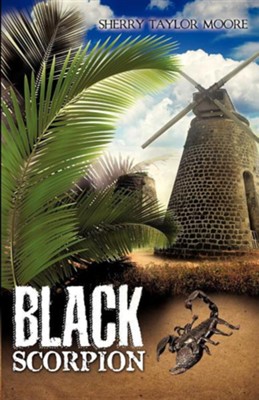 ▼▲
Aaron Jordan is a highly sought after businessman, not only by hungry investors but also greedy women trying to strike it rich. After a devastating betrayal, Aaron's heart has become hardened and callused. Seeking a change to her mundane life, Elizabeth Herrington accepts a teaching position on a private island in the Caribbean to a wealthy widower of three children. Not swayed by her employers' arrogant demeanor, she quickly finds herself in a struggling challenge. Sparks begin to fly as steal sharpens steal. Aaron soon discovers that he has deeper problems than a feisty teacher when he's forewarned of an imposters attempt at a takeover. Deception springs up in every direction. Can Aaron learn to trust again in the face of despair? Black Scorpion is an intriguing tale of good verses evil, where things don't always seem as they appear, and where forgiveness becomes imperative to survival. Sherry Taylor Moore grew up in the Tidewater area of Virginia. She met her husband while attending Liberty University, where she graduated with a degree in Business/Finance. She resides in Alabama with her husband four children and currently two grandchildren. She is a Pastor's wife, Sunday school teacher to adult ladies, singer, writer and works full-time outside the home.

▼▲
I'm the author/artist and I want to review Black Scorpion.
Back
×