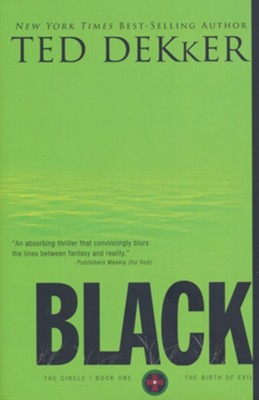 Fleeing assailants through alleyways in Denver late one night, Thomas Hunter narrowly escapes to the roof of an industrial building. Then a silent bullet from the night clips his head and his world goes black. Now Thomas wakes from a deep sleep, remembering the vivid dream he just had of being chased. Incredibly real. His head is even bleeding - but he's fallen on a rock. He is in a green forest, waiting to meet Rachelle, the woman he's falling madly in love with.

That night, Thomas tumbles into bed and falls into a fitful sleep. He dreams. But here comes the real mind bender. Every time Thomas falls asleep in one reality, he awakes in the other. He truly no longer knows which reality is real. Each reality has dramatic impact on the other, each proves to be real, each presents huge stakes, and the fate of each will depend on one man: Thomas Hunter.

Enter the adrenaline-laced story that started it all: the fate of two worlds hangs in the balance of one man's choices as dreams and reality collide.

Thomas Hunter narrowly escapes mysterious assailants only to encounter a silent bullet that clips his head . . . and his world goes black. He awakens in an alternate reality and soon finds himself pulled between two worlds. In one, Thomas is an average guy working in a coffeehouse. In the other, he’s a battle-scarred general leading a band of warriors known as the Circle.

Every time Thomas falls asleep in one reality, he wakes in the other—and both worlds are facing catastrophic disaster. In one world, he must race to outwit sadistic terrorists intent on creating a global pandemic by releasing an unstoppable virus. In the other, far into the future, a forbidden love could forever destroy the Circle’s ragtag resistance.

Thomas can bridge both worlds, but he quickly realizes that he may not be able to save either. In this mind-bending adventure, the fate of both worlds now rests on his ability to shift realities through his dreams—and somehow find a way to change history.

Q: What age range is appropriate for this book?

This book is appropriate for teens through adults.

▼▲
I'm the author/artist and I want to review Black, Circle Series #1.
Back
Back