Skip to main content
Birthed Through the Fire
By: Steven R. Kirk
Stock No: WW790922 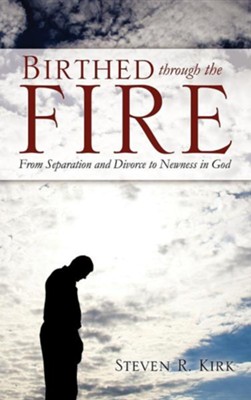 Birthed Through the Fire

▼▲
This is a book about my journey that began one fateful day in September as I watched my wife leave after twenty-six years of marriage. During my journey, I found many books written about the pain of divorce. However, these were written totally from a woman's point of view, and I wanted to share the pain of divorce from a man's point of view in order to help other men. In my study, I was shocked to find that many women who were leaving their husbands were saying the same thing my wife Lynn had said to me: "I love you, but not in the way that a wife loves a husband." With those words I set on my journey through the fire and into newness with God by searching Him and His ways and putting away the things of the world. Steve Kirk is a man who accepted Christ in 1982 and married in 1983. He and his wife, Lynn, started with the highest expectations and somehow over the year's discontent, disillusionment, and disconnection took place. Steve's book gives hope during the storm of separation and divorce. Better yet, there are many tools in this book to walk with God and never get burned by the humanness that is within each one of us.Be prepared to read how God can change a man already in His hands; but not fully committed and sold out to His plan. While pain and suffering are shared by Steve, much better you will see through the flames to God's glory being renewed, restored, and God's promise set free to release a better way and a better place in this world and the world to come.Blessing to those who take this journey

▼▲
I'm the author/artist and I want to review Birthed Through the Fire.
Back