Bipolar Faith: A Black Woman's Journey with Depression and Faith
By: Monica A. Coleman 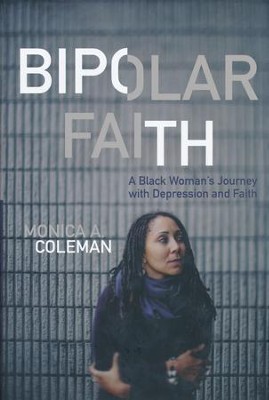 Bipolar Faith: A Black Woman's Journey with Depression and Faith

Bipolar Faith is both a spiritual autobiography and a memoir of mental illness. In this powerful book, Monica Coleman shares her life-long dance with trauma, depression, and the threat of death. Citing serendipitous encounters with black intellectuals like Henry Louis Gates, Jr., Angela Davis, and Renita Weems, Coleman offers a rare account of how the modulated highs of bipolar II can lead to professional success, while hiding a depression that even her doctors rarely believed. Only as she was able to face her illness was she able to live faithfully with bipolar. And in the process, she discovered a new and liberating vision of God.

▼▲
I'm the author/artist and I want to review Bipolar Faith: A Black Woman's Journey with Depression and Faith.
Back
×
Back
×