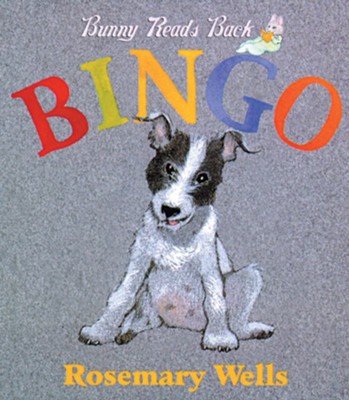 ▼▲
Children can read along with their favorite songs (with musical notation for parents) and enjoy Rosemary Wells's sunny illustrations. "Parents, caregivers, teachers, and anyone involved in preschoolers' lives should find this title a must-have." - School Library Journal

As far back as I can remember, I did nothing but draw. I discovered very early that making a picture of anything meant people saying, &"Look at that!&" How else could I get that kind of attention?

After high school, I went to the Museum School in Boston. At nineteen, I left school, married Tom Wells, and began a career as a book designer. Two years later, when my husband applied to the Columbia School of Architecture, we moved to New York City. I found a job as a designer at Macmillan, where I published my first book, Sing a Song, O!

My home life has inspired many of my books. Our West Highland white terrier, Angus, had the shape and expressions to become Benjamin, Tulip, Timothy, and all the other animals I have made up for my stories. He also appears as himself in a couple of books.

My two daughters have been constant inspirations, especially for my Max books. Simple incidents from childhood are universal. The dynamics between older and younger siblings are common to all families. I am also an accomplished eavesdropper in restaurants, trains, and gatherings of any kind.

Once the story is there, the drawings just appear. I feel the emotion I want to show; then I let it run down my arm from my face, and it goes out the pencil. My drawings look as if they are done quickly. They are not. First they are sketched in light pencil, then nearly rubbed out, then drawn again in heavier pencil. What appears to be a thick ink line is really a series of layers of tiny ink lines. When I finish these lines, the drawing is ready for color.

I have been writing and illustrating for almost 30 years. It has been a pure delight. There are hard parts, but no bad or boring parts - that is more than can be said for any other line of work that I know.

▼▲
I'm the author/artist and I want to review Bingo!.
Back