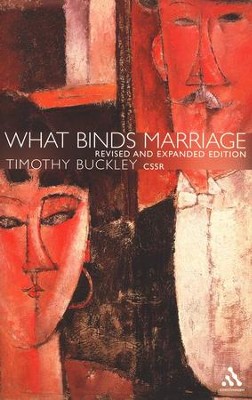 ▼▲
From apostolic times the Church has wrestled with the dilemma of how to defend its belief in the sanctity and permanence of marriage, while at the same time ministering the love and compassion of Christ to those traumatized by the experience of marital breakdown. Face with a variety of pastoral problems, the Church has sought pastoral solutions. The first was St. Paul's for members of the community on Corinth, where the problems were the direct result of one partner converting to Christianity. Paul took responsibility for the decision that it was permissible to separate, arguing that God calls Christians to live in peace (1 Corinthians 7:10-16). That decision had an enormous influence on later theological thinking and practice. In time, a clear distinction was made between marriage as a natural state and the marriage of Christians as a sacrament of the Church. The Pauline pastoral solution became enshrined in Catholic law, as did other pastoral solutions in later centuries. Now the very complexity of the law can give rise to injustices as the Church seeks to address the present pastoral problem, namely the sheer number of broken marriages. Events have proved that the need for a fruitful dialogue with the authorities of the Church on these matters is as vital today as when this book was first published.

From apostolic times the Church has wrestled with the dilemma of how to defend its belief in the sanctity and permanence of marriage, while at the same time ministering the love and compassion of Christ to those traumatised by the experience of marital breakdown.Timothy Buckley is a Redemptorist priest who produced a report for the Catholic bishops of England and Wales on the pastoral situation among priests and people argues that the theology of the bond of marriage is responsible for an impasse which often limits the Churchæs official solutions to the granting of annulments. By tracing the history of the teaching on the bond, he concludes that the present discipline is based on disputable theiology and he proposes a way forward.An enlightened, sound, and original look at marriage today.

▼▲
I'm the author/artist and I want to review What Binds Marriage: Roman Catholic Theology in Practice.
Back
Back