Skip to main content
SPRING CYBER EVENT STARTS NOW: And it's a really BIG deal! Up to 88% off through 5/24>
Billy Budd: Short Story - eBook
By: Herman Melville
Stock No: WW70339EB 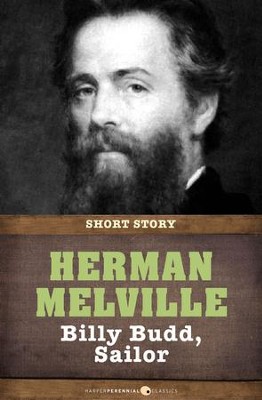 Billy Budd’s life takes an unexpected turn when he is pressed into service in the Royal Navy at the turn of the nineteenth century. Two recent mutinies and war with Revolutionary France make for tense conditions aboard HMS Bellipotent, and when the popular Billy inexplicably falls afoul of the jealous master-at-arms and commits a rash, though sorely provoked, act, it is up to Captain Vere to administer appropriate justice.

Herman Melville’s Billy Budd was unfinished at the time of the writer’s death, but was discovered in 1919 by Raymond Weaver, Melville’s first biographer. Transcription errors and difficulty interpreting Melville’s notes on the text meant an authoritative edition was not published until 1962. Billy Budd has been produced for film, stage, and television, with the most famous adaptation being the Benjamin Britten opera, with libretto by E.M. Forster and Eric Crozier.

▼▲
I'm the author/artist and I want to review Billy Budd: Short Story - eBook.
Back
Back