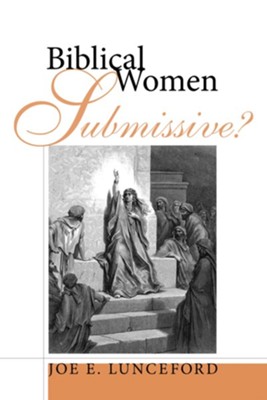 ▼▲
For many years I have had an interest in the equality of women and men, particularly in the church, where it has been woefully lacking for the most part. More recently Fundamentalist theologians have become increasingly blatant in asserting that the Bible teaches subordination of women to men both inside and outside the church. I have argued that this idea results from an irresponsible proof-texting from the Bible. I am convinced that, when taken as a whole, looking at all passages referring to women, the Bible supports the complete equality of women with men. I have undertaken to demonstrate this fact by looking carefully at the stories of women in the Bible, both named and unnamed, who were not submissive to men and who refused to settle for the role which their society attempted to assign them. I have taken these passages from the Bible and interpreted them within the context into which they are placed, to the degree that this can be determined. My goal was to find every story in the Bible in which a woman stepped out of her societal role and did something only men were supposed to do. I leave to the reader to decide whether or not I have succeeded.

▼▲
Joe E. Lunceford is Professor of New Testament at Georgetown College, Georgetown, Kentucky. He has served as a pastor, a military chaplain, and for twenty-seven years as a teacher. He is the author of Parody and Counterimaging in the Apocalypse (Wipf & Stock, 2009).

▼▲
I'm the author/artist and I want to review Biblical Women-Submissive? - eBook.
Back
Back