Skip to main content
OUR BIGGEST BARGAIN SALE EVER: Over 6,000 deals at never-seen-before prices ~ through 8/23. Shop now >
Biblical Inspiration and the Authority of Scripture
Edited By: Carlos R. Bovell
Stock No: WW642417 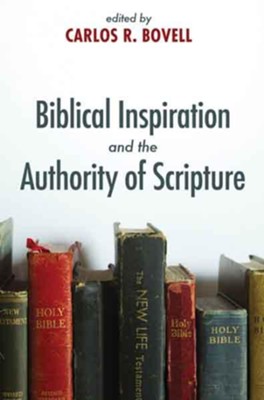 Biblical Inspiration and the Authority of Scripture

▼▲
It has been some time since Catholic and liberal Protestant theologians stopped writing seriously on bibliology. Meanwhile, conservative evangelical theologians guard against the introduction of new ideas. In an effort to make headway through this gridlock, Carlos Bovell has commissioned a roundtable discussion on the prospect of whether the inspiration of Scripture might extend beyond authors and texts, and if so, what this might entail for the authority of Scripture. Taken together, the essays in this volume make an invaluable contribution to contemporary literature on the inspiration and authority of the Bible. ""A lively and engaging volume. In this book you will find a series of thoughtful reflections on what it means to attribute divine action and authority to the biblical texts, their authors, and their readers. Through the invited contributions, Bovell has also exemplified theology as a conversation. Biblical Inspiration and the Authority of Scripture advances and expands theological interpretation. It will surely be valued by a wide constituency."" --Angus Paddison, University of Winchester ""Bovell has taken the next step in his critique of biblical inerrancy by offering a new and positive vision for biblical inspiration and authority. He moves us beyond older, contentious issues concerning the text and places the discussion where it belongs: in the hermeneutical implications of the centrality of Christ and the Spirit of God. Bovell's case is compelling, liberating, refreshingly commonsensical, and deeply Christian."" --Peter Enns, Abram S. Clemens Professor of Biblical Studies, Eastern University; author of The Bible Tells Me So: Why Defending the Bible Has Made Us Unable to Read It Carlos R. Bovell is a graduate of Westminster Theological Seminary and the Institute for Christian Studies, Toronto. His other books include Inerrancy and the Spiritual Formation of Younger Evangelicals, By Good and Necessary Consequence: A Preliminary Genealogy of Biblicist Foundationalism, and Rehabilitating Inerrancy in a Culture of Fear.

▼▲
I'm the author/artist and I want to review Biblical Inspiration and the Authority of Scripture.
Back