We are OPEN and SHIPPING - click here for shipping estimates
PRE-SUMMER CYBER SALE: Shop over 2,500 items up to 90% off through 5/26 >
Biblical Exegesis and the Formation of Christian Culture
By: Frances Young 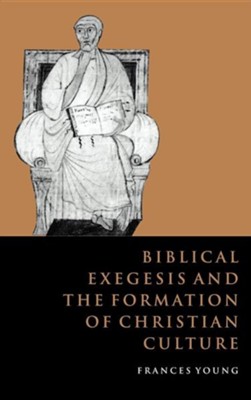 Biblical Exegesis and the Formation of Christian Culture

▼▲
This book challenges conventional accounts of early Christian exegesis of the Bible by placing its interpretation in the context of the Greco-Roman world. Professor Young describes how the Jewish scriptures were taken over, added to and reinterpreted as part of the process of forming the identity of the new Christian "race" with its distinct culture. Young emphasizes the importance of the way education was based on literature in the Roman Empire, and demonstrates how the methods and assumptions then taken for granted shaped Christian exegesis of scripture.

▼▲
I'm the author/artist and I want to review Biblical Exegesis and the Formation of Christian Culture.
Back
×