Skip to main content
BIG SUMMER BLOWOUT: Over 2,000 deals ~ up to 85% off, through 8/16. Shop now >
Biblical Captivity: Aggression and Oppression in the Ancient World - eBook
By: Robert Kimball Shinkoskey
Stock No: WW109464EB 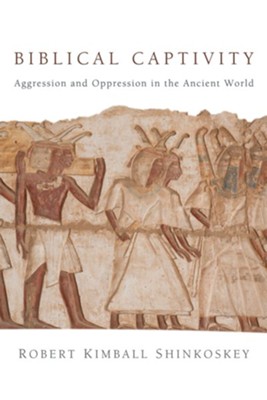 Biblical Captivity: Aggression and Oppression in the Ancient World - eBook

▼▲
Early literary man learned that free speech and free labor were frequently suppressed or obliterated by powerful governments in the Near Eastern world. This is the source of the Bible's passionate interest in liberation from political and economic repression. Moses and his people in Egypt, for example, experienced the rapid disintegration of their traditional right to religious liberty and self-directed labor. They attempted to rectify the situation at Sinai and in Canaan. Mesopotamians and Egyptians, Greeks, Sicilians, and Romans labored against tyranny as well. Robert Kimball Shinkoskey focuses on stories, laws, and movements dealing with the problem of political idolatry in the ancient world. His purpose is to show that the Bible is a civic narrative as much as a religious one, and that the Ten Commandments are articles in a constitutional law system that promotes the steady rule of law rather than the capricious rule of man.

▼▲
Robert Kimball Shinkoskey is a career employee in the Utah Department of Health. He is a citizen editorial writer, now taking a look at the surprisingly current political conditions of the Bible era.

▼▲
I'm the author/artist and I want to review Biblical Captivity: Aggression and Oppression in the Ancient World - eBook.
Back
Back