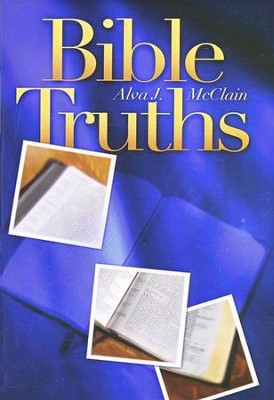 ▼▲
"This little booklet, which has been out of print for several years, was originally prepared during a busy pastorate to provide some systematic doctrinal instruction for our own Sunday school. Although the first edition was limited in number, a few congregations used it in Church School and Christian Endeavor work. Also it was translated into Spanish, French and two African languages for use in mission fields. In response to frequent requests, this revised and enlarged edition has been prepared." -from the Introduction

▼▲
The author provides scriptural answers to eternal questions by using the catechetical method to highlight truth on 28 subjects.

▼▲
I'm the author/artist and I want to review Bible Truths.
Back
×
Back
×