We are OPEN and SHIPPING - click here for shipping estimates
PRE-SUMMER CYBER SALE EXTENDED thru 6/1 ~ Over 2,500 items up to 90% off
The Bible, Protestantism, and the Rise of Natural Science
By: Peter Harrison 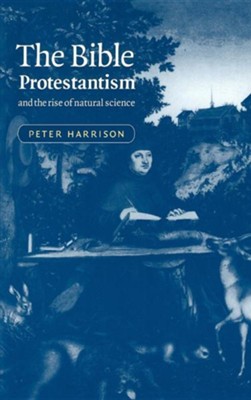 The Bible, Protestantism, and the Rise of Natural Science

▼▲
Peter Harrison examines the role played by the Bible in the emergence of natural science. He shows how both the contents of the Bible, and more particularly the way it was interpreted, had a profound influence on conceptions of nature from the third century to the seventeenth. The rise of modern science is linked to the Protestant approach to texts, an approach that spelled an end to the symbolic world of the Middle Ages, and established the conditions for the scientific investigation and technological exploitation of nature.

▼▲
I'm the author/artist and I want to review The Bible, Protestantism, and the Rise of Natural Science.
Back
×