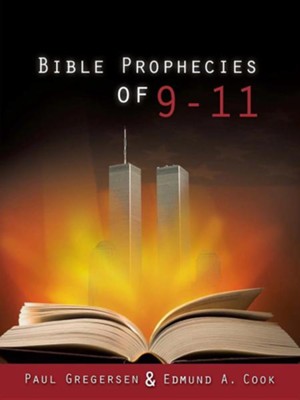 ▼▲
This book represents an astounding new discovery of biblical proportions. Many felt they were witnessing an unfolding of Bible prophecy while we lived through the events of September 11th. The spiritual context was not really known, however, and it could not be explained. September 11th was more than just another historical event. It was, in reality, a cataclysmic moment marking the beginning of a new millennia. Many Christians believed a prophetic event would transpire and deliver a spiritual witness. Daniel was instructed that his words were to be closed up and sealed till the time of the end. (Daniel 12:8) We have discovered a chain of prophecies that all link to 9-11 with an astounding pattern. This pattern reveals ancient prophecies foretelling the events of 9 - 11 as including Iraq in fulfilling Bible prophecy. There are direct references connecting George Bush to America's eagle wings to free Iraq. Paul Gregersen is a Christian, scriptural student, published author, ran for political office, an accomplished musician, and songwriter, who performs and teaches professionally. He is currently a talk-show host at Pocatello Vision 12, offering an open forum for politics, religion, or human behavior. Paul's research allowed a proficiency at assisting those with spiritual and emotional challenges. Paul received national media recognition after he had warned them of a disaster two days before the Oklahoma City bombing, and was on the front page of a major western newspaper, which led to an appearance on a national call in program. Paul has been married to Launa for 20 years. They have 4 teenage children.

▼▲
I'm the author/artist and I want to review Bible Prophecies of 9-11.
Back