We are OPEN and SHIPPING - click here for shipping estimates
The Bible: The Final Testament, the Number of the Beast
By: Donald B. Orsden, Eli Eshoh 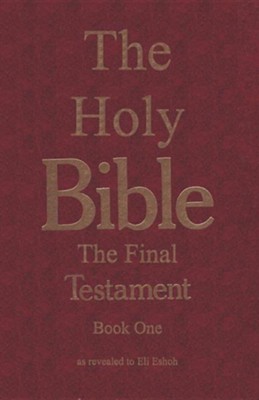 The Bible: The Final Testament, the Number of the Beast

▼▲
The Holy Bible: The Final Testament The Number of the Beast This book is the result of years of work by Japanese cryptologists seeking to uncover the hidden secrets of the Bible by cracking the codes hidden therein. By analyzing the GOOD NEWS VERSION OF THE BIBLE (which is vastly different from the King James Version) especially the Book of Numbers, but also the books of Joshua, Judges, Exodus, Deuteronomy, Samuel, Leviticus and Genesis, the researchers found mathematical puzzles embedded in them. The puzzles take the form of the famous SEND MORE MONEY problem, in which the equation SEND + MORE = MONEY must be solved by substituting a number for each letter. The solution, which should take about 30 minutes to find, is 9567+1085=10652. However, the researchers found more difficult problems embedded in the Book of Numbers involving multiplication and division which are so difficult that only a computer can solve them. There are 242 problems, the most complete collection of this sort of problem ever produced. All of these problems have a unique solution, but none have ever previously been solved. The quotes from the Good News Bible seem shocking but they are all real and exact quotes. They are not the passages your Sunday morning preacher reads. It is the best collection of this sort of quote. International Sign of the Beast Number ISBN 1-881373-00-2

▼▲
I'm the author/artist and I want to review The Bible: The Final Testament, the Number of the Beast.
Back
×