Skip to main content
The Bible in Arabic: The Scriptures of the People of the Book in the Language of Islam
By: Sidney H. Griffith
Stock No: WW168081 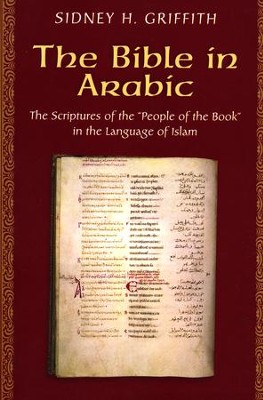 The Bible in Arabic: The Scriptures of the People of the Book in the Language of Islam

▼▲
From the first centuries of Islam to well into the Middle Ages, Jews and Christians produced hundreds of manuscripts containing portions of the Bible in Arabic. Until recently, however, these translations remained largely neglected by Biblical scholars and historians. The Bible in Arabic casts light on a crucial transition in the cultural and religious life of Jews and Christians in Arabic-speaking lands.

In pre-Islamic times, Jewish and Christian scriptures circulated orally in the Arabic-speaking milieu. After the rise of Islam--and the Qur'an's appearance as a scripture in its own right--Jews and Christians translated the Hebrew Bible and the Greek New Testament into Arabic for their own use and as a response to the Qur'an's retelling of Biblical narratives. From the ninth century onward, a steady stream of Jewish and Christian translations of the Hebrew Bible and New Testament crossed communal borders to influence the Islamic world.

The Bible in Arabic offers a new frame of reference for the pivotal place of Arabic Bible translations in the religious and cultural interactions between Jews, Christians, and Muslims.

▼▲
I'm the author/artist and I want to review The Bible in Arabic: The Scriptures of the People of the Book in the Language of Islam.
Back
Back