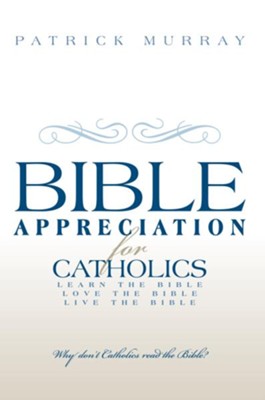 Bible Appreciation for Catholics was written to invite everyone to learn about the Bible. The invitation is intended for everyone. Although directed primarily to Catholics, there are no restrictions for reading it. All Christians and all non-Christians are invited. Any motive for reading this book is fine: desire to know more about the Bible, curiosity about the title, checking it for errors and fallacies, or trying to find out why anyone would want to be stuck in the mentality of a 2,500-year-distant past. Welcome to all!

Patrick E. Murray a native of Mississippi. In his teens, he wanted to become a Catholic priest. He entered the seminary at the high school level, studying the usual school curriculum and Latin and Greek. At the undergraduate level, he earned a BA in philosophy. Following that, at the graduate level, he focused on theology, Bible studies, and church history, earning an MA cum laude in history. He was ordained a priest for the diocese in Mississippi. After two years of parish work in Mississippi, he was one of two priests selected to work in a parish in Mexico. After four years there, he received from Rome a dispensation from the priestly ministry. He married and worked as a civilian field historian, writing history for the US Air Force. In this career, he had assignments stateside and overseas. After thirty-six years of federal civilian service, he retired. He and his wife, Julieta, live in Colorado Springs, Colorado. They have three grown children.