Skip to main content
Bible and the Enlightenment
By: William Johnstone
Stock No: WW66541 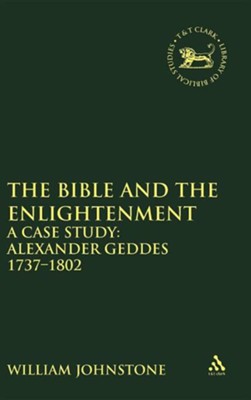 Bible and the Enlightenment

This volume contains the proceedings of a conference held to mark the bicentenary of the death of Alexander Geddes (1737-1802). Geddes, a product of the Scottish and French Enlightenment, was a Roman Catholic priest; a pioneering biblical critic; a poet, some of whose works have been attributed to Robert Burns; and a political radical who studied in Paris before the French Revolution, which provided the background to the chief phase of his activity, ca. 1780-1800.

This work is of interest to historians and to students of the Bible and English literature. The international panel of contributors includes Tom Levine on the political social and religious background, A.G. Aulg, Bultmann, C. Coury, J.W. Rogerson, J.L. Ska and M. Vervenne on Geddes's biblical works, and Elinor Shaffer, G. Carruthers and L. McIlvanney on his literary works.

▼▲
I'm the author/artist and I want to review Bible and the Enlightenment.
Back