Skip to main content
The Bible and the American Future - eBook
Edited By: Robert Jewett, Wayne Alloway
Stock No: WW110023EB 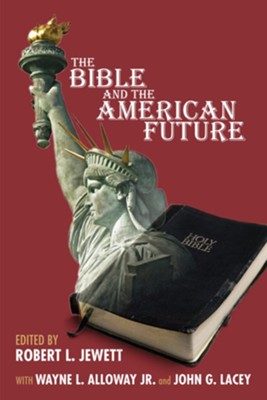 The Bible and the American Future - eBook

▼▲
What does the Bible say about the American future? Does it contain an apocalyptic vision in which conflicts are to be resolved by war? Or does it contain a vision of coexistence under some system of conflict management? While both visions have biblical foundations, the apocalyptic alternative has dominated public discussion in the past generation. Most people are not even aware that another vision can be derived from the same Bible and that it transcends the usual definitions of liberal, conservative, or evangelical politics. The essays in this book, written by distinguished scholars from various sectors of the theological spectrum, throw surprising new light on these questions. They were presented as lectures at an extraordinary theological conference sponsored by a large Methodist church in Lincoln, Nebraska, in October 2009. In contrast to the usual shouting matches between partisans, this conference--and this book--featured liberal and conservative Protestant and Catholic scholars who calmly unearthed new insights about the Bible's relevance for the future of America and the world. Readers will be astonished to see these differing viewpoints on the pages of a single book, and even more amazed at the new common ground that is prepared by these fresh and profound furrows.

▼▲
I'm the author/artist and I want to review The Bible and the American Future - eBook.
Back
Back