Skip to main content
SPRING CYBER EVENT STARTS NOW: And it's a really BIG deal! Up to 88% off through 5/24>
Bible and Qur'an: Essays in Scriptural Intertextuality
Edited By: John C. Reeves
By: John C. Reeves, Editor
Stock No: WW9830644 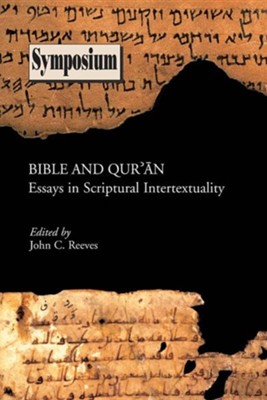 ▼▲
The Bible and the Qur'an share a common discourse based on stories and legends associated with certain paradigmatic characters like Noah, Abraham, and Moses. Yet most biblical scholars are unfamiliar with the rich contents of Islamicate scriptural lore. The nine essays in the present volume, all from scholars who center their research on the intersections of Jewish, Christian, and Islamic literary traditions, explore various aspects of the textual and behavioral connections discernible among these three major religious communities. The book will appeal to students and scholars of Bible and biblical lore, particularly in diverse exegetical contexts; Biblicists interested in the reception history of Bible within the Islamicate cultural sphere; specialists in ancient and medieval Jewish literary history and folklore; scholars of eastern Christian history and literature; Islamicists with an interest in the Jewish and/or Christian textual and exegetical elements visible in early and medieval Islam. "The Qur'an and the Bible: Some Modern Studies of Their Relationship. Reuven Firestone "A Prolegomenon to the Relation of the Qur'an and the Bible. Vernon K. Robbins and Gordon D. Newby "Some Explorations of the Intertwining of Bible and Qur'an, John C. Reeves "Israel and the Torah of Muhammad, Brannon M. Wheeler "On the Early Life of Abraham: Biblical and Qur'anic Intertextuality and the Anticipation of Muhammad, Brain M. Hauglid "The Prediction and Prefiguration of Muhammad, Jane Dammer McAuliff "The Gospel, the Qur'an, and the Presentation of Jesus in al-Ya'qubl's Ta'rikh, Sidney H. Griffith "Abraham's Test: Islamic Male Circumcision as Anti/Ante-Covenantal Practice, Kathryn Kueny"De-Paganizing Death: Aspects of Mourning in Rabbinic Judaism and Early Islam, Fred Astren

▼▲
I'm the author/artist and I want to review Bible and Qur'an: Essays in Scriptural Intertextuality.
Back