Skip to main content
Beyond the Valley - eBook
By: Al Lacy, JoAnna Lacy
Stock No: WW14980EB 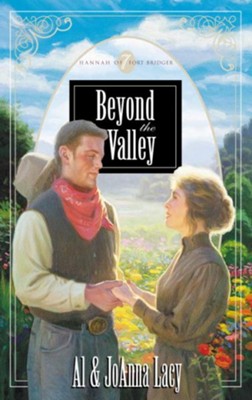 Beyond the Valley - eBook

▼▲
In this seventh installment in the Hannah of Fort Bridger series, twin tragedies set the stage for God's glorious provision. A vicious mountain lion attack leaves beautiful, young rancher Carrie Wright a widow. An outlaw on his way to prison escapes the law long enough to shoot Doug McClain's wife, making him the lonely father of a young daughter. Then heroine Hannah Cooper, newly widowed herself, comforts Carrie with the knowledge that while God's servants will tread through the valley of weeping, they will also keep moving toward another mountaintop. When employment opportunities bring Doug and Carrie together, unexpected sparks fly and finally they can envision a future "beyond the valley."

▼▲
Al Lacy has written more than ninety novels, including the Angel of Mercy, Battles of Destiny, and Journeys of the Stranger series. He and his wife, JoAnna Lacy, are coauthors of the Mail Order Bride, Hannah of Fort Bridger, and Shadow of Liberty series. The Lacys make their home in the Colorado Rockies.

▼▲
I'm the author/artist and I want to review Beyond the Valley - eBook.
Back
Back