Beyond the Stained Glass Ceiling
By: Christine A. Smith 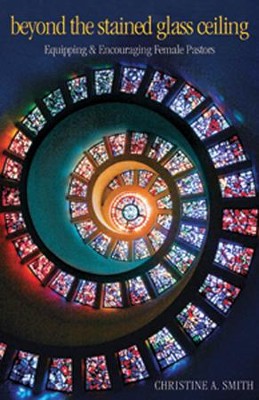 Beyond the Stained Glass Ceiling

▼▲
The reality of a stained glass ceiling is familiar to most women called to the pastorate. Despite being more likely to be seminary educated, female clergy constitute less than 10 percent of Protestant leading pastorates and those who do hold such pastorates are generally paid less than their male counterparts. In light of such statistics, Pastor Chris Smith explores how to overcome the challenges in breaking through the stained glass ceiling and she goes a step further. She shares the lessons learned and best practices of the success stories those women who are currently serving in solo or senior pastorates.

▼▲
I'm the author/artist and I want to review Beyond the Stained Glass Ceiling.
Back
×