Skip to main content
SPRING CYBER EVENT STARTS NOW: And it's a really BIG deal! Up to 88% off through 5/24>
Beyond the River Chebar
By: Daniel I. Block
Stock No: WW216586 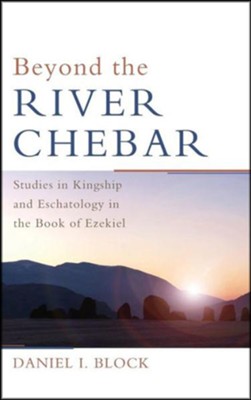 Beyond the River Chebar

▼▲
To many readers the book of Ezekiel is a hopeless riddle. However, if we take the time to study it, we will discover that despite the strangeness of the man and his utterances, this is the most clearly organized of the major prophetic books. If we persist, we will also discover that from a rhetorical perspective, this priestly prophet knew his audience; he recognized in Judah's rebellion against YHWH the underlying cause of the divine fury that resulted in the exile of his people and the fall of Jerusalem to the Babylonians in 586 BCE. But he also recognized that YHWH's judgment could not be the last word. Because his covenant was eternal and irrevocable, he looked forward to a day of spiritual renewal and national restoration. This is the second of two volumes of Block's essays on the book of Ezekiel. The essays in this volume explore the theme of Kingship in Ezekiel--both his assessment of Judah's historical kings and his hope for a restored Davidic King/Prince--and the mysterious visions concerning Gog's attack on restored Israel (Ezek 38-39) and concerning the new temple (40-48). Block brings to bear decades of study of the book to open up fresh insights on the ancient text.

▼▲
I'm the author/artist and I want to review Beyond the River Chebar.
Back