We are OPEN and SHIPPING - click here for shipping estimates
PRE-SUMMER CYBER SALE EXTENDED thru 6/1 ~ Over 2,500 items up to 90% off
Beyond the Millenium - eBook
By: Paul Meier 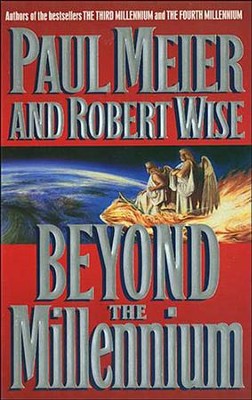 Beyond the Millenium - eBook

In this riveting tale, Paul Meier and Robert L. Wise provide a glimpse behind the veil of time, into the eye of the storm to witness how angels and demons battle for people's hearts and souls.

The Third Millennium has remained a bestseller since it came out in early 1993. The partnership that began with Paul Meier and Robert L. Wise in that book extended to The Fourth Millennium, which has been a steady best-seller as well. Using the backdrop of their travels together in Israel, they have attempted to put the secrets of the Scripture in an exciting form to help people prepare spiritually for their struggles as the world becomes an increasingly difficult place to live.

▼▲
I'm the author/artist and I want to review Beyond the Millenium - eBook.
Back
×
Back
×