We are OPEN and SHIPPING - click here for shipping estimates
PRE-SUMMER CYBER SALE EXTENDED thru 6/1 ~ Over 2,500 items up to 90% off
Beyond the Fire - eBook
By: Dewayne A. Jackson 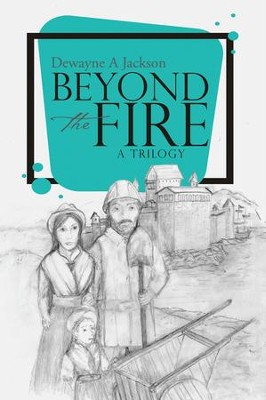 Beyond the Fire - eBook

Destry Cotton was not from Amity nor did she care about its rich and colorful past. However, this Christmas her husband insisted they travel to his home, where Destry met her in-laws for the first time. Trapped with the Cottons by a terrible blizzard, Destry not only began to learn about Amity, but Bill Cotton spoke of his own struggle with life and the impact doubt and fear had taken on his family, his friends and his nation. As Bill told of Gods supernatural intervention, Destry began to wonder if the God she professed to believe would actually interact with humans. Was it even possible? Pull up a chair, join Destry and witness how God intervened to rescue a nation and help his people learn to live Beyond the Fire.

Dewayne Jackson lives and farms in rural northwestern Kansas. He married his lifelong love after graduating from McPherson College and their home is very busy when the family gathers for Christmas. Along with farming, Dewayne enjoys a part time ministry as a lay speaker in several small community churches.

▼▲
I'm the author/artist and I want to review Beyond the Fire - eBook.
Back
×
Back
×