Skip to main content
Beyond the Darkness, Beyond Those Hills Series #3
By: Vernal Lind
Stock No: WW322082 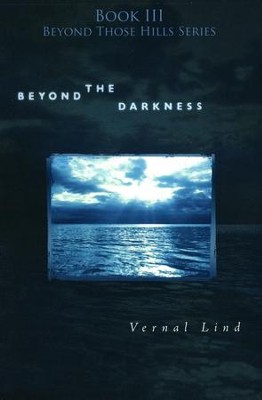 Beyond the Darkness, Beyond Those Hills Series #3

▼▲
In the midst of war, Matthew Anderson seeks peace . . . but will the darkness of conflict at home and abroad destroy his family instead? The farmlands of Minnesota lie far from the gunfire and explosions of World War II, yet Matthew Anderson wages his own battles at home to protect his family and preserve his legacy. Though the destructive actions of his brother P.J. have finally faded into the past, a new danger fills Matthew's life. In 1945, his country-and his sons-fight the war for freedom around the globe. Though Matthew attempts to find peace in the daily routines of his beloved farm, the black shadows of war never completely leave his thoughts. Yet the darkness also has invaded his life at home-threatening his dreams, his life, his family, even his friendships. Will the Anderson boys, facing dangerous enemies across the world, return home? How will their future, and his own, affect Matthew's legacy and land? Will peace return to the world at large . . . or to Matthew's world at home?

▼▲
I'm the author/artist and I want to review Beyond the Darkness, Beyond Those Hills Series #3.
Back