Beyond Silence And Denial
By: Lucy Bregman 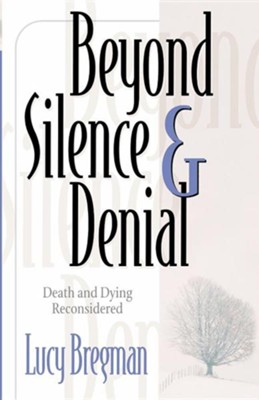 Beyond Silence And Denial

▼▲
In the past two decades, most of the literature on death and dying has been written from the perspective of psychology or New Age spirituality. This comparative silence on the part of Christian writers has meant that a renewed awareness of the "naturalness" of death has not brought with it a deepened appreciation of the place of death in biblical faith. Bregman re-connects these strands of thought by bringing a biblically informed mode of spiritual refection into conversation with the current literature on grieving, loss, and suffering.

Lucy Bregman guides the reader through the wealth of recent literature on death and dying, giving special attention to the autobiographical narratives of terminally ill people and to books offering counsel to the dying, their caregivers, and the bereaved. She argues that this literature should supplement, not supplant, Christian understandings of death.

▼▲
Lucy Bregman is Professor of Religion at Temple University in Philadelphia, Pennsylvania.

▼▲
I'm the author/artist and I want to review Beyond Silence And Denial.
Back
×