We are OPEN and SHIPPING - click here for shipping estimates
PRE-SUMMER CYBER SALE EXTENDED thru 6/1 ~ Over 2,500 items up to 90% off
Beyond Myself: The Farm Girl and the African Chief - eBook
By: Anita Dennis 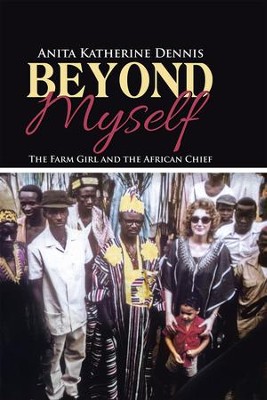 Beyond Myself: The Farm Girl and the African Chief - eBook

Anita’s college anthropology class in the 1960s led to an incredible journey with God, as she eventually married her college professor, who was also an African chief. God sustained her interracial, cross-cultural marriage—especially as she played the role of chief’s wife in a remote village in Liberia, West Africa. In her journey to world citizen, her life was full of extremes. She met the president of Liberia in the Executive Mansion—and slept in a mud hut. She visited European capitals—and lived in a remote African village. She flew on transatlantic flights—and was carried through the high forest in a chief’s hammock. Share her struggles as she is accepted into the Mende tribe and lives in Vahun with an “off and on” kerosene fridge, swarming termites on the screens, a cyclone barely missing the house, and pungent elephant meat delivered in the middle of the night.

▼▲
I'm the author/artist and I want to review Beyond Myself: The Farm Girl and the African Chief - eBook.
Back
×
Back
×