Skip to main content
SPRING CYBER EVENT STARTS NOW: And it's a really BIG deal! Up to 88% off through 5/24>
Beyond Molasses Creek - eBook
By: Nicole Seitz
Stock No: WW19439EB 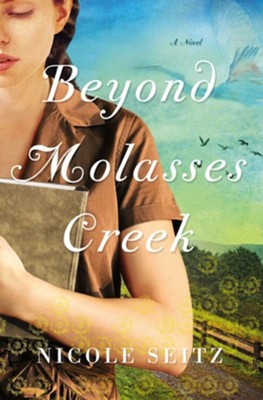 ▼▲
Ally Green grew up on the banks of Molasses Creek, but she's spent her life traveling the world as a flight attendant. When her father dies, she must finally return home. He knew that she needed to quit running in order to hear that still, small voice that keeps calling her-and before his passing he enlisted Ally's oldest friend to try to keep her there.

Vesey Washington has lived on the other side of Molasses Creek from the Greens since they were children. He and Ally go back to summers of fishing the creek and the distance the civil rights era wedged between them. In many ways, he's held a piece of her heart all these years.

And on the other side of the world, Sunila Kunari has just escaped the quarry in Nepal that has held her captive. She sets out alone in monsoon season, desperate to reach the US Embassy with the brand-new knowledge that her parents kidnapped her when she was an infant.

Three lives are bound by a single book . . . and the cleansing waters of Molasses Creek.

Having traveled to the ends of the earth as a flight attendant, Ally Green has finally returned to the Lowcountry to bury her father as well as the past. But Vesey Washington is still living across the creek, and theirs is a complicated relationship—he was once her best friend . . . and also part of the reason she’s stayed away so long. When Ally discovers a message her father left behind asking her to quit running, it seems her past isn’t through with her yet.

As Ally’s wandering spirit wrestles with a deep longing to flee again, a young woman on the other side of the world escapes her life of slavery in the rock quarries of Nepal. A mysterious sketchbook leads Sunila Kunari to believe there’s more to her story than she’s ever been told, and she’s determined to follow the truth wherever it leads her.

A deep current intertwines the lives of these three souls, and a destiny of freedom, faith, and friendship awaits them all on the banks of Molasses Creek.

“…Seitz has written good stories in the past butBeyond Molasses Creek exceeds all of them.”—Jackie K. Cooper, The Huffington Post

▼▲
"An affecting drama about the unmoored life of a woman whose infant was kidnapped 40 years ago Seitz allows her story to quietly unfold as the two women come together, guaranteeing a few tears, for the women and the reader. A nicely drawn study of two women whose lives are lost, then regained." - Kirkus

▼▲
Ally Green, now 60, a world-weary ex-flight attendant and privileged doctors daughter, returns to her South Carolina hometown to bury her father in this latest from Seitz (The Inheritance of Beauty). Ally left home decades earlier, on the run from her forbidden (by the standards of the 1960s American South) love for Vesey, her African-American childhood friend. She later had a daughter out of wedlock while traveling the worlda child who was stolen in a cafe in Nepal. The first-person narratives alternate between Ally and her stolen daughter, Sunila, who reports on her escape from her soul-crushing life as an outcast stone carver in a Kathmandu rock quarry. Unfortunately, the characters are pure stock: the archetypical returning native; the mincing and bowing stolen daughter whos low caste because of her skin color, which makes her less worthy of respect than a dog on the street; and Vesey, whose shuffling mannerisms and speech patterns uncomfortably recall stereotypes long past. Seitzs bizarre little tale has the feel of a morality play that one could mistake for satirebut it isnt. Agent: Mark Gilroy Communications. (Feb.) Copyright 2011 Reed Business Information.

▼▲
I'm the author/artist and I want to review Beyond Molasses Creek - eBook.
Back
Back