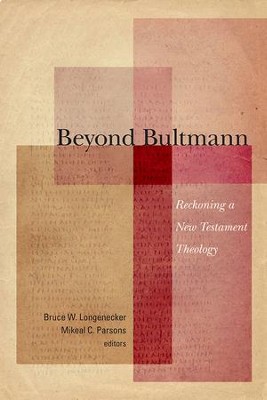 Mikeal C. Parsons is Professor and Macon Chair in Religion at Baylor University.

Beyond Bultmann is successful in terms of demonstrating how NT scholarship has moved beyond Bultmann with respect to such matters as first-century Judaism, the apocalyptic nature of the Pauline texts, the supposed Gnostic influence on the NT writings, belief in a content-less kerygma, and a low view of the theological worth of Luke-Acts – just to name a few.

A virtual dream team of New Testament academic voices, all of whom share a deep appreciation for Rudolf Bultmann’s pervasive influence in contemporary biblical studies.

…A welcome, high-energy contribution to the continuing reappraisal of one of the twentieth century’s most influential interpretations of the New Testament.

Beyond Bultmann will be a lasting resource for NT students and scholars.

▼▲
I'm the author/artist and I want to review Beyond Bultmann: Reckoning a New Testament Theology.
Back