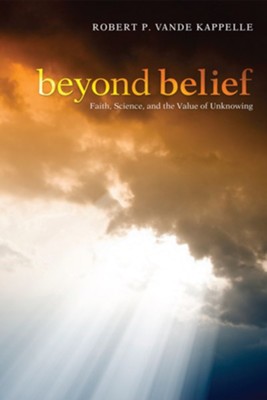 Beyond Belief: Faith, Science, and the Value of Unknowing - eBook

▼▲
The current age marks the transition from modernity to postmodernity, a period as impactful to the Western sensibility as any previous era. The role of religion and the future of Christianity are at stake. At this time of transition, many thoughtful individuals find themselves at a quandary, having reached a "critical stage" in their spiritual journey. Prompted by academia, science, reason, culture, and their own experience, they feel compelled to choose between the beliefs they inherited as children and the claims of science, reason, pluralism, and secularism. Beyond Belief suggests that one need not take an either/or approach on these issues; there is a better way, one that embraces adventure and ambiguity, science and religion, reason and faith, evolution and creation, and finds ways to live creatively with realities for which there are no easy explanations. Building on a paradigmatic journey of faith that involves three stages (precritical, critical, and postcritical understanding), Beyond Belief describes the quest for God and for authentic faith in the twenty-first century. The key point for this understanding is to replace belief with faith, acknowledging that belief in doctrines is not central, since they are themselves unprovable. This new theological perspective requires rethinking many of our cherished doctrines, including our understanding of God, Jesus, Scripture, prayer, miracles, and revelation.

▼▲
Robert P. Vande Kappelle is College Chaplain and Chair of Religious Studies at Washington & Jefferson College in Washington, Pennsylvania. He is the author of numerous articles and books, including the volumes that comprise his "Adventures in Spirituality" trilogy: Love Never Fails (2006), The Invisible Mountain (2010), and Into Thin Places (2011). He is an ordained minister in the Presbyterian Church (U.S.A).

▼▲
I'm the author/artist and I want to review Beyond Belief: Faith, Science, and the Value of Unknowing - eBook.
Back
Back