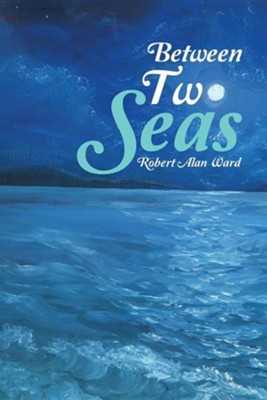 Tell us a little about yourself.  I have known Christ since that day on October 2, 1966 when I first heard the gospel and believed in Him. For me, it was like someone turned on the lights in a darkened room. I live in the White Mountains of Arizona with my wife Gisela. We have five children and twelve grandchildren. We serve in our church in the ministries of prayer and with the youth.

What was your motivation behind this project?  Fourteen years ago, at the age of three, my grand-daughter Gloria made a profound statement to me. I was teaching a children's class at my church. The children didn't seem interested in my pearls of wisdom. Frustrated, I went to Gloria and told her my problem. "The children won't listen to me." "We can listen longer if you tell us a story," she replied. I wrote a story to cover the next lesson. The children listened to me. I told Gloria that she had changed my life. Eighteen days later Gloria entered a Jacuzzi when no one was looking. She was found at the bottom some minutes later. She survives to this day, but is greatly brain-damaged. My motivation is simple. "Between Two Seas" is above all, a compelling story with eternal ramifications. I want at least some of the fruit it bears to be credited to her heavenly account, for she spoke to me from God.

What do you hope folks will gain from this project?  I hope "Between Two Seas" will be a story that stays with my readers for the rest of their lives. I hope it will be one of those few books that profoundly affects them, helping them to become all that God has made them to be.

How were you personally impacted by working on this project?  I have always wondered how people without biblical revelation can still know about God. So I decided to write a story about it, which became the prod that sent me praying and searching through the Scriptures for the answer. I think it came to me.

Who are your influences, sources of inspiration or favorite authors / artists?  The Bible, The Pilgrim's Progress, In God's Underground, The Disciplines of Life, The God who is There, Can Man Live without God?--these are the books that have influenced me more than any others.