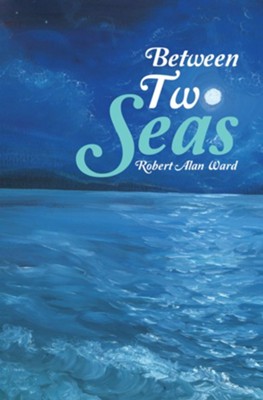 ▼▲
In ancient times, Melitene is ravaged by violence, poverty, addiction, and unrest. The new governor, Trebonius, is charged by the emperor to bring stability to the island. He seeks the counsel of two leading Melitenians who represent diametrically opposed world views. Solon is a humble seeker of his Creator. Alacerius believes only in man-made solutions, with himself in charge. Alacerius wins the governor’s favor and begins implementing his program of atheism, the corruption of morals, collectivization, coerced population control, and imprisonment or worse for all who oppose him. Trebonius sends his seventeen-year-old son, Publius, to live incognito among the people to gauge how Alacerius’s reforms are affecting them. At the school in the main city of Mathos, Publius meets sixteen-year-old Amoenitas and her temperamental younger sister, Eletia. Publius and the two sisters soon find themselves entangled in a labyrinth of murder, deception, intrigue, real and misplaced romance, a prophetic dream about a messenger of hope, and historical events that affect the world to this day. The players on the world stage have changed with the generations. Science has advanced. But one constant has always remained—the relentless struggle between the kingdom of God and the kingdom of darkness.

Robert Alan Ward served in the United States Air Force from 1969-1972 before earning a B.S. in Christian Education from San Diego Christian College. A twenty-seven-year career with the United Parcel Service followed. Now retired, he lives in Show Low, Arizona with his wife Gisela. He loves to spend time with his five children and twelve grandchildren.

Bob writes from a decidedly biblical Christian worldview. His passion is to communicate truth to a confused world through compelling stories. He has twelve published drama titles to his credit, which are performed all over the English-speaking world. His other published books include Delivered out of the Lion’s Mouth (assisting F.L.M. Khokhar), Through Fear and Trembling (co-authored with David Ross), The Lifestyle Shoppe, and Forged from the Wilderness.

▼▲
I'm the author/artist and I want to review Between Two Seas - eBook.
Back
Back