Skip to main content
NEW CYBER DEALS Save up to 90% thru 12/12  shop now >
The Land Between the Two Rivers: Early Israelite Identities in Central Transjordan
By: Thomas D. Petter
Stock No: WW062914 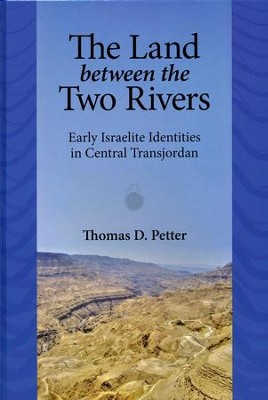 The Land Between the Two Rivers: Early Israelite Identities in Central Transjordan

A survey of recent scholarship shows that historians who are skeptical about any "real" history of early Israel have disparaged the idea that Israel had an early presence in Transjordan. This skeptical stance, however, is by no means shared by everyone.

By bringing together applicable anthropological research and relevant biblical, extrabiblical, and archaeological data, Old Testament and Near Eastern Archaeological scholar Dr. Thomas Petter outlines a context-driven interpretive framework within which to plot tribal ethnic expressions in the past in The Land Between the Two Rivers: Early Israelite Identities in Central Transjordan. From the perspective of the longue durée, we can see that the frontier regions tend to exhibit episodic changes of hand: competing sides claimed legitimate ownership, sometimes by way of making the gods owners of the land.

This study may serve as a baseline to readers who are unfamiliar with current discussions on the settlement history of the region east of the Jordan in general and ethnic identities in particular, offering a model for those exploring Israelite origins in Cisjordan.

Dr. Thomas Petter currently serves as the Department Chair for the Division of Biblical Studies and Associate Professor of Old Testament at Gordon-Conwell Theological Seminary in South Hamilton, MA. Born and raised in French-speaking Switzerland, Dr. Petter first came to the U.S. in 1986. Prior to teaching at Gordon-Conwell, Dr. Petter was an Assistant Professor of Old Testament at Biblical Seminary in Hatfield, PA. Dr. Petters scholarly interests and publications include ethnicity in ancient Israel, early Israel in Transjordan, the doctrine of justification, Biblical Hebrew syntax and Hebrew exegesis.

▼▲
I'm the author/artist and I want to review The Land Between the Two Rivers: Early Israelite Identities in Central Transjordan.
Back
Back