Skip to main content
Between Speech and Revelation: An Evangelical's Dialogue with Farrer, Jungel, and Wolterstorff - eBook
By: Joshua Ryan Kira
Stock No: WW110849EB 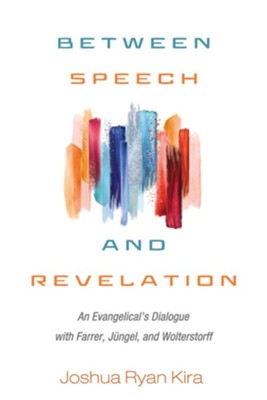 Between Speech and Revelation: An Evangelical's Dialogue with Farrer, Jungel, and Wolterstorff - eBook

▼▲
Evangelicalism, in spite of its size and relationship to various historic movements in Christian history, has never been known to be a perspective that interacts widely in its theological development. Its insular nature, emphasis on inspiration, and its highly doctrinal concerns have caused it to, frequently, be an outlier in larger dialogues concerning Scripture. This book attempts to remedy this lack of interaction by bringing an evangelical view of the Bible into contact with various twentieth-century traditions that have attempted to delve into the relationship between divine speech and revelation. Specifically, the works of Calvinist philosopher Nicholas Wolterstorff, hermeneutical theologian Eberhard Jungel, and Anglican philosopher-theologian Austin Farrer, will be mined for the resources necessary to affirm and defend a belief in an evangelical view of Scripture. This would include the belief that the Bible can rightly be called "God's word," the adherence to verbal plenary inspiration, and a reluctance to use higher criticism in analyzing Scripture. Through criticism and appropriation, this work will set the guidelines for the construction of a more comprehensive perspective of revelation, divine speech, and the Bible, as well as showing how Evangelicalism can contribute to the larger ecumenical dialogue concerning theological methodology.

▼▲
Joshua Ryan Kira is Assistant Professor of Philosophy and Theology at Cedarville University in Cedarville, Ohio. He has published numerous articles in philosophy of language and theology of revelation.

▼▲
I'm the author/artist and I want to review Between Speech and Revelation: An Evangelical's Dialogue with Farrer, Jungel, and Wolterstorff - eBook.
Back
Back