Skip to main content
SPRING CYBER EVENT STARTS NOW: And it's a really BIG deal! Up to 88% off through 5/24>
Between Naivety And Hostility: How Should Christians Respond To Islam In Britain? - eBook
By: Steve Bell, Colin Chapman
Stock No: WW36542EB 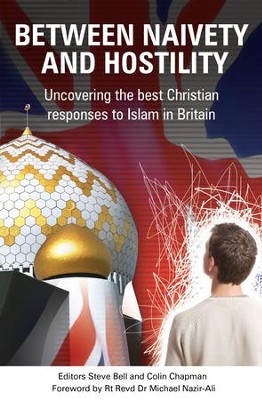 Between Naivety And Hostility: How Should Christians Respond To Islam In Britain? - eBook

▼▲
Provides thinking Christians with a broad range of balanced evidence on Islam in Britain.

This book will enable readers to engage with the issues and come to conclusions that might help them be better social peacemakers and spiritual friends to Muslims for the sake of Jesus Christ.

▼▲
Steve Bell is an internationally recognised communicator, speaker, writer and consultant. He has forty years experience in cross-cultural issues in over 120 countries. Steve's passion is to facilitate effective interaction between Christians and Muslims. Colin Chapman was lecturer in Islamic studies at the Near East School of Theology in Beirut until his retirement. A former principal of Crowther Hall, Birmingham (Church Mission Society training college), he also worked for thirteen years previously in Egypt and Lebanon with CMS. He is the author of Whose Promised Land?, Whose Holy City?: Jerusalem and the Future of Peace in the Middle East, Cross and Crescent: Responding to the Challenge of Islam and Islam and the West: Conflict, Co-Existence or Conversion.

▼▲
I'm the author/artist and I want to review Between Naivety And Hostility: How Should Christians Respond To Islam In Britain? - eBook.
Back
Back