Skip to main content
SPRING CYBER EVENT STARTS NOW: And it's a really BIG deal! Up to 88% off through 5/24>
Love Between the Lines: Smitten Novella Five - eBook
By: Colleen Coble
Stock No: WW37492EB 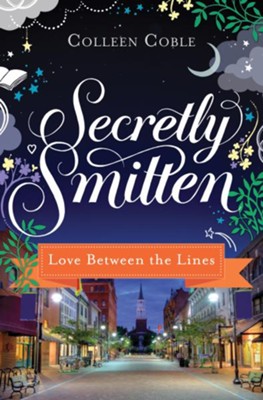 Summer, fall, winter, and spring, Smitten is a place for love  . . . and mystery.

But will Tess ever find herself a partner in crime?

There’s a secret in Grandma Rose’s attic—a forgotten set of dog tags belonging to her first love. But David Hutchins was killed in action and never returned to town, so how did his dog tags end up in the Grandma’s attic? It’s a romantic mystery fit for a town like Smitten, Vermont, which has been working hard to reinvent itself as a destination for lovers. Rose’s three granddaughters—Tess, Clare, and Zoe—vow to investigate, though their mother, Anna, warns against digging up the past. But will they all be distracted by mystery men of their own before the puzzle is resolved?

In Love between the Lines, bookstore owner Tess recruits widower Ryan to help her solve her family riddle. She’d like to recruit him as leading man in her own story, but she’s convinced he’s out of her league. But does Ryan have a few secrets thoughts of his own to reveal?

▼▲
I'm the author/artist and I want to review Love Between the Lines: Smitten Novella Five - eBook.
Back
Back