Skip to main content
OUR BIGGEST BARGAIN SALE EVER: Over 6,000 deals at never-seen-before prices ~ through 8/23. Shop now >
Between the State and the Eucharist: Free Church Theology in Conversation with William T. Cavanaugh - eBook
Edited By: Joel Halldorf, Fredrik Wenell
Stock No: WW110000EB 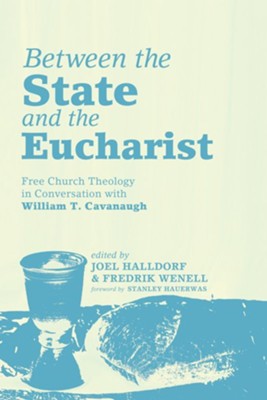 Between the State and the Eucharist: Free Church Theology in Conversation with William T. Cavanaugh - eBook

▼▲
"In the world, but not of the world"--this has been the motto of the Free Church tradition. But to what extent can freedom and independence from "the world" be realized in modernity, and how have these churches fared so far? These are the questions with which this book wrestles. The particular focus is Sweden, where a state-facilitated hypermodernity has created what some call "the most modern nation in the world." The Swedish free churches have in many ways succumbed to the pressure of the modern welfare state and as a consequence lost their distinctive voice. The argument of this book is that the rediscovery of practices left behind might be a way for these churches to recover a solid, particular, and deeply Christian identity. In dialogue with William T. Cavanaugh, the authors argue for a return to concrete, social practices: asceticism, table grace, written prayers, a turn to tradition, and the Eucharist. Here are lost treasures that might prove invaluable for the modern church at large, with her dual citizenship in the modern nation-state and the kingdom of heaven.

▼▲
I'm the author/artist and I want to review Between the State and the Eucharist: Free Church Theology in Conversation with William T. Cavanaugh - eBook.
Back
Back