Skip to main content
Between Earth and Sky (Guardians of the North Book #4) - eBook
By: Alan Morris
Stock No: WW36202EB 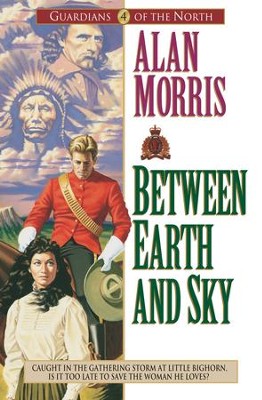 Between Earth and Sky (Guardians of the North Book #4) - eBook

▼▲
With Crazy Horse on the warpath, can Hunter and Reena survive his thirst for revenge?While living among the Blackfoot Indians as a missionary, Reena O'Donnell receives a telegram from her uncle Faron, requesting that she come to help him. She is shocked to hear he has been severely wounded while working as a scout for General George Armstrong Custer in the Dakota Territory. Hunter Stone and Del Dekko provide Reena an escort, along with missionary Jack Sheffield, who insists on accompanying them. As Reena nurses her uncle back to health, Custer's expedition with the Seventh Cavalry deep into Indian territory leads to renewed hostilities among the Sioux and Cheyenne. As the People gather for the battle sure to come, Jack Sheffield, determined to follow God's leading, strikes out on his own to try to talk with Crazy Horse and restrain the fury of the great chief. With imminent danger threatening them, Hunter grows concerned for the safety of Reena and her wounded uncle. Should they remain in the safety of Custer's army, or return home on their own through dangerous country?Will a mission of mercy lead them all to an early grave? Or can Hunter find a way out?

▼▲
Alan Morris is a full-time writer who has also co-authored a series of books with his father, bestselling author Gilbert Morris. GUARDIANS OF THE NORTH is Alan's first solo series.

▼▲
I'm the author/artist and I want to review Between Earth and Sky (Guardians of the North Book #4) - eBook.
Back
Back