Skip to main content
Between Eden and Armageddon: The Future of World Religions, Violence, and Peacemaking
By: Marc Gopin
Stock No: WW134320 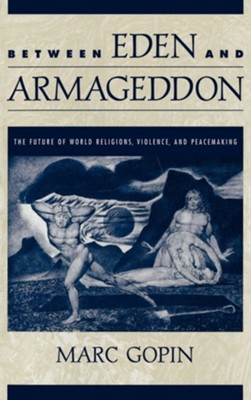 Between Eden and Armageddon: The Future of World Religions, Violence, and Peacemaking

▼▲
Recent years have seen a meteoric rise in the power and importance of organized religion in many parts of the world. At the same time, there has been a significant increase in violence perpetrated in the name of religion. While much has been written on the relationship between violence and
religious militancy, history shows that religious people have also played a critical role in peacemaking within numerous cultures. In the new century, will religion bring upon further catastrophes? Or will it provide human civilization with methods of care, healing, and the creation of peaceful and
just societies?
In this groundbreaking book, Marc Gopin integrates the study of religion with the study of conflict resolution. He argues that religion can play a critical role in constructing a global community of shared moral commitments and vision--a community that can limit conflict to its nonviolent,
constructive variety. If we examine religious myths and moral traditions, Gopin argues, we can understand why and when religious people come to violence, and why and when they become staunch peacemakers. He shows that it is the conservative expression of most religious traditions that presents the
largest challenge in terms of peace and conflict. Gopin considers ways to construct traditional paradigms that are committed to peacemaking on a deep level and offers such a paradigm for the case of Judaism. Throughout, Gopin emphasizes that developing the potential of the world's religions for
coping with conflict demands a conscious process on the part of peacemakers and theologians. His innovative and carefully argued study also offers a broad set of recommendations for policy planners both inside and outside of government.

▼▲
"[O]ffers a nuanced understanding of the relationship of religion and violence."--Journal of the American Scientific Affiliation

▼▲
I'm the author/artist and I want to review Between Eden and Armageddon: The Future of World Religions, Violence, and Peacemaking.
Back