Skip to main content
SPRING CYBER EVENT STARTS NOW: And it's a really BIG deal! Up to 88% off through 5/24>
Better than Peanut Butter Ice Cream - eBook
By: Kristen Krueger
Stock No: WW25897EB 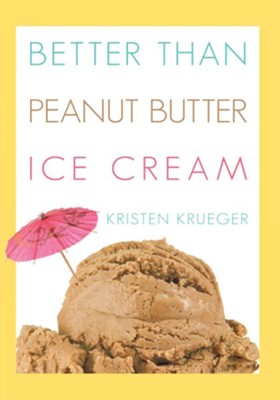 ▼▲
Chryssa Moore never realized what phenomenal parents her brother and sister-in-law were until she became the guardian of their six-year-old son after their deaths.

Thrown into parenthood and the challenges that come with it, her life undergoes a dramatic change. Although she loves Trace like she would her own son, it's a hard adjustment. Babysitters and bedtime stories become just a normal part of her day, right along with her demanding job in a law office and dealing with the less-than-perfect relationship she has with her boyfriend.

And just when it seems like things could not get any more out of control, the biggest problem of all falls right into her lap in the form of a vexing stranger whom she finds way more attractive than she cares to admit. It's going to take more than a spoonful of peanut butter to help Chryssa cope with this one. She's going to need faith, lots of prayer, and the not-so-subtle guidance of her loving friends.

▼▲
I'm the author/artist and I want to review Better than Peanut Butter Ice Cream - eBook.
Back
Back