Skip to main content
SPRING CYBER EVENT STARTS NOW: And it's a really BIG deal! Up to 88% off through 5/24>
Betrayal in Paris
By: Doris Elaine Fell
Stock No: WW293147 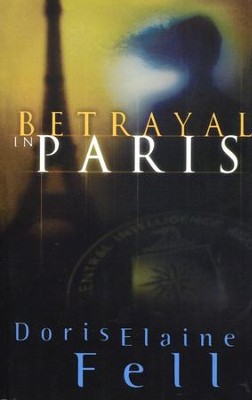 ▼▲
From the streets of Paris to the American Embassy, 28-year-old Adrienne Winters is caught in a web of intrigue with ties to the Kuwaiti resistance in the Gulf War, a Parisian terrorist cell, and a government cover-up---a story of double betrayals, a shattered family, and sibling rivalry. With backdrops taken from today's headlines---this engrossing read will have you hooked from the first chapter! 360 pages, softcover from Howard.

▼▲
A double betrayal decades apart leaves a family at odds and siblings in rivalry. In the favorite son's quest to restore his father's honor, he is left behind on foreign soil -- the victim of a different war, the victim of the same betrayer. Adrienne Winters, twenty-eight, daughter and sister to the men betrayed, steps into a game of intrigue involving terrorist ties to the Kuwaiti resistance in the Gulf War, a terrorist cell in Paris, her brother's deception, and her country's cover-up.

Her pursuit takes her through the streets of Paris to the American Embassy and on to the sand dunes in Kuwait in search of the Kuwaiti family and Kuwait resistance fighters who counted her brother as friend and protector during the invasion. The novel is current with today's headlines, drawing from the backdrop of the terrorist attack on the Pentagon to link the past with the present.

▼▲
Doris Elaine Fell holds a B.A. in education, a B.S. in nursing, has pursued graduate studies in education, and has studied Bible and Journalism at Multnomah Bible College. She is the author of sixteen novels, two nonfiction books, and articles in secular and inspirational publications. Her multifaceted career has taken her all over the world and has inspired a six-book seasons of Intrigue series, as well as Long Awaited Wedding and The Wedding Jewel. She presently lives in Huntington Beach, California.

▼▲
I'm the author/artist and I want to review Betrayal in Paris.
Back
Back