Skip to main content
Beside Two Rivers, Daughters of the Potomac Series #2
By: Rita Gerlach
Stock No: WW714152 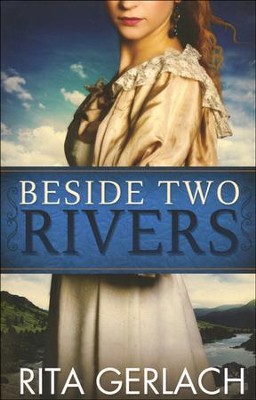 Beside Two Rivers, Daughters of the Potomac Series #2

▼▲
From the banks of the Potomac to the misty moors of England, Darcy follows a path where the secrets of the past slowly rise to the surface. She meets Ethan Brennan, an aspiring English horse breeder, who embraces her independent spirit and marvels at the simplicity of her faith. Ethan and Darcy fall in love, but are kept apart by a promise to another and a sworn oath to a dying woman whose long-hidden secret threatens Darcy's and Ethan's lives.

▼▲
Rita Gerlach lives with her husband and two sons in a historical town nestled along the Catoctin Mountains, amid Civil War battlefields and Revolutionary War outposts in central Maryland. She was born in Washington D.C. and grew up in a large family in the Maryland suburbs.In many of her stories, she writes about the struggles endured by early colonists with a sprinkling of both American and English history. Her genre - Inspirational Historical Romance / Drama. Visit Rita's website at ritagerlach.blogspot.com.

▼▲
Mistaken identity, dashing gentlemen, and mysterious figures in the night -- Rita Gerlach's Beside Two Rivers has it all in the second installment of the Daughters of the Potomac Series. The novel's heroine, Darcy Morgan, lives peacefully in early19th century Maryland, until she meets Ethan Brennan. Her life is suddenly thrown into chaos as she begins to uncover secrets from her mysterious past deep within Englands misty moors. The book unfolds as a romance, a mystery, a travelogue, and a saga.

Although God is largely a passive character in the novel, Gerlach uses themes of jealousy, love and forgiveness to show how faith can be lived out daily. For the first half of the novel, which mirrors the classic Pride and Prejudice, the characters are undeveloped and some situations are unrealistic. However, during the second half the characters develop a new depth and the reader is pulled in to the story. With its integration of biblical themes and a romantic plotline, this novel would be enjoyed by teen girls from all walks of life. - Jessica Keys, www.ChristianBookPreviews.com

▼▲
I'm the author/artist and I want to review Beside Two Rivers, Daughters of the Potomac Series #2.
Back
Back