Skip to main content
Bernard of Clairvaux
By: G.R. Evans
Stock No: WW125266 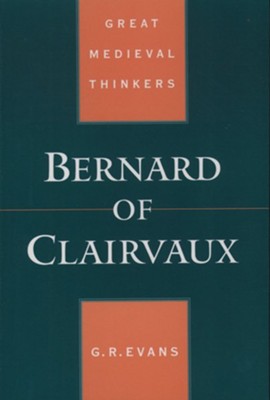 ▼▲
After a breif overview of Bernard's life, Evans focuses on the major themes in his work, including his theology of spirituality and his theology of the political life in church. She examines the literary and structural elements of his work as a writer and speaker and discusses his theology of preaching. In addition, she shows how, in his preaching of (and subsequent apology for) the Second Crusade, his role in attempting to prevent academics from leading the faithful astry, and his encounters with popular history, Bernard figured as a significant forerunner of the thirteenth century and after. This book provides the only available general introduction to Bernard's life and thought, and will appeal to a wide audience of scholars and students of theology and history. In this book the renowned medievalist G.R. Evans provides a concise introduction to St. Bernard of Clairvaux (1090-1153), a figure ot towering importance on the twelfth-century monastic and theological scene. The example of Bernard's life as well as his mystical theology had such a decisive effect on the Cistercian order, which he entered in 1112, that he is sometimes called its second founder. Through his many writings (about 330 sermons, some 500 known letters, and 13 treatises) Bernard exerted a profound influence on Roman Catholic spirituality. his deep devotion to the Virgin Mary and the Infant Jesus is said to have founded a new strain of spirituality ("devotio moderna") and the eloquence of his writing style gained him the name "Mellifluous Doctor." 220 pages softcover by Oxford University Press.

▼▲
In this book the renowned medievalist G.R. Evans provides a concise introduction to St. Bernard of Clairvaux (1090-1153), a figure of towering importance on the twelfth-century monastic and theological scene. After a brief overview of Bernard's life, Evans focuses on a few major themes in his
work, including his theology of spirituality and his theology of the political life of the Church. The only available introduction to Bernard's life and thought, this latest addition to the Great Medieval Thinkers series will appeal to a wide audience of students and scholars of history and
theology.

▼▲
"Her Portrait of Bernard's union of monastic spirituality and the complexities of twelfth-century Christian life distills years of study into an easily understood, readily available introduction to a figure whose relevance to the development of postmodern Christianity will certainly increase
thereby."--Anglican Theological Review

▼▲
I'm the author/artist and I want to review Bernard of Clairvaux.
Back